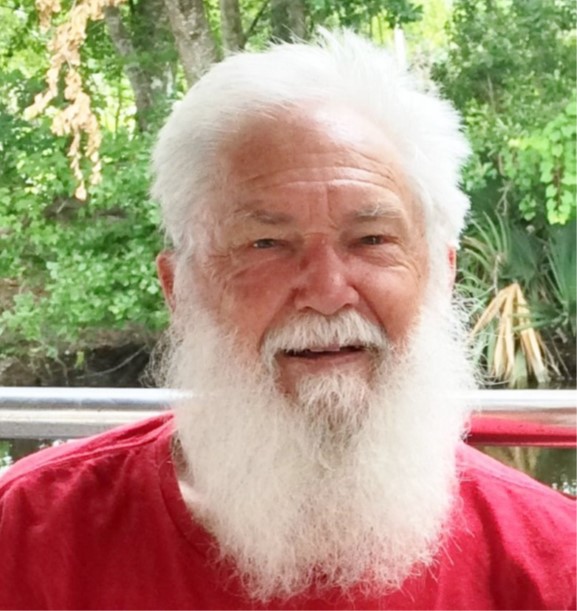 What’s your earliest childhood memory?
Playing along the headlands of a cane paddock with my mate, Bob. Bob was smaller and younger than I was. We were warned not to go across the road and into the cane paddocks because of the danger of tidal drains and black snakes.  Both our fathers came home each night; so it could not be too dangerous.  After the third “safari”, when we both had to be pulled out of a tidal drain, our parents definitely had a different concept of safety to what Bob and I did.  Bob’s parents packed up and left the area within two days.  They believed it was best that we were separated.   That incident changed my life from being a feral kid.  I still miss Bob – he was drowned in the Macleay River at age 12.What’s the best thing that has happened to you?
The best thing that ever happened me was meeting Nola and being married.  Nola has been patient and loving enough for me to learn the value of relationship.  Nola has been there whilst I learned to trust one other person.  My relationship with Nola has enabled me to learn that life is more than a game.Tell me about someone who has influenced your life?
Ian Hutchison was my primary School teacher for the last 3 years of primary school.  Learning became a game in which memory and innovation were important. The main person was the late Rev. Doctor Gloster Udy.  As a teenager, Doc became the first person in authority for whom I had respect.  In one of my Job interviews with an HOD in Government, Doc was described as “the finest youth psychologist in Australia”.  Doc became my spiritual mentor.What might we be surprised to know about you?
I retired first in 2000.  Worked (part-time) for 6 years with out-of-control youth and enjoyed it.  I then worked for another 5 years with Men’s DV Line.

What do you do for fun?
Have time alone with Nola.  Drive cars.   Spend time with our grandchildren- of whom I am proud.I  still enjoy body-surfing but don’t often get the opportunity.

Describe for us your faith journey?
As a child I experienced dissociation as a survival mechanism.  As a result of my dissociation I have always had a very close relationship with God.  As a child, God was my point of reference.  Consequently I have not had “a conversion experience” such as many people speak of.  But God as Trinity has been and remains my constant companion.  I began to learn formally about God when I attended Sunday School after the war.
During the later 1950’s and early 1960’s I led a church youth group of 60 members for the Methodist Church in Murwillumbah.  By the Grace of God we all survived. Later I was the Northern Rivers representative for youth, from Grafton to the border, for the Methodist Church.
Nola and I married in 1965 and within 3 months I was diagnosed with MS. Life became impossible as a cane farmer and we moved to Brisbane.  At that time I was very disillusioned and frustrated with God.  Under duress I consented to being present, to nurse Peter, at a healing service for him in January 1969.  At that service my life changed.  That “Healing of the Brokenness” is something that has continued through until the present.  I deeply appreciate the love and support given me by Nola during those years of change.  I also appreciate the support given me by the late Rev. Albury Baker and the late Rev. Joe Gunders during my time as a Lay Pastor and entering ministerial training.
I value the opportunity given me by the Uniting Church in both Parish ministry and Prison Chaplaincy.
I continue my ministry with a deep appreciation of the manner in which Jesus Christ makes it a joy to be alive and experience His love.

Describe for us your ministry path and the spiritual markers along the way.
My “path” in ministry began when through the events of life I commenced working as a supervisor in the Sheltered Workshop at Compassion Industries in 1972.  Shortly after, the late Rev. Ivan Alcorn contacted Nola and asked that we supervise William Powell Ex-prisoner Home at Kangaroo Point.  From there God led us into Lay Ministry at Barcaldine and Biggenden.
I candidated for the ministry from Biggenden and those 3 years afforded both Nola and I the opportunity of full-time study whilst we cared for our 5 boys.
My Parish appointments have been Aitkenvale for 4 years and then Graceville for 10 years.  Whilst at Graceville Nola and I wrote and facilitated a Pre-marriage Education Program.
My next appointment was with Prison Ministry for 10 years.  Shortly after commencing with Prison Ministry God focused my chaplaincy upon the Sex Offender Treatment Program.   I was requested to write and facilitate a module of the program “Spirituality and Human Development”.  Nola and I also supervised a half-way House for men who had successfully completed the Program in prison.   During the 14 years of our facilitating the Community Support Program, mainly with the men within the half-way house, there was only one notified re-offense.  What a lesson as to the manner in which God utilises intentional pastoral care in permitting people to rebuild their lives.  The media forced the closing of the half-way house and the Community Support Program, in 2005.
In the year 2000 my call to retirement was as strong, or stronger, than my call into ministry.  But I continued in part-time Prison Chaplaincy till 2014.
Following retirement God enriched my ministry when I was contacted by the then Manager of Child Safety, Woodridge, and I commenced working part-time with difficult young people.  Young people have so much to teach adults if we are prepared to listen.
Then came a period of 5 years part-time with Men’s DV Line.
Following my second retirement in 2014 I have been blessed with a period of ministry with the Aboriginal Parish at Zillmere.  Currently I am doing supply at Harrisville and Flinders.

What has God been teaching you recently?
God has been leading me to an understanding of the importance of many of the principles that God encouraged his people to follow during Old Testament times.  This has been very recent and I have little that I can share.  However, I believe that the secret we are in need of discovering, is in the breaking of our cultural cocoon of individualism.  As one writer said recently, “we are reluctant to open our lives to other people and we are reluctant to open our lives to God”.  We have become a culture of expecting everything in the short-term – NOW.  God’s call is “Be still and know that I* am God”.  It takes an eternity to learn to know.

What prayers have you seen answered?
Throughout my ministry I have witnessed many prayers being answered. Most startling occurred during my years of Prison Chaplaincy. Prayer is an area of personal exploration with God and I believe that much of our future guidance will come from the Old Testament.

Where have you seen God working in your ministry?
The wisdom of God is something that has revealed itself throughout my ministry.  I am deeply indebted to God and His Church for the privilege of being able to continue sharing in ministry.

What are your hopes and dreams for the future?
My hopes and dreams are for the future church.  It will be different.  God is not dead. And His Church is neither dead nor dyeing.  It is changing.  I believe that God has used the Uniting Church powerfully since its inception and that He shall continue to do so.  One of the failings is that our vision for the future of the Body of Christ, has become deformed through our individualism.  We expect God to fit our vision and value for the church; rather than us being willing to accept God’s vision and values.